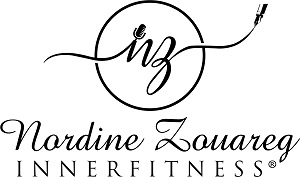 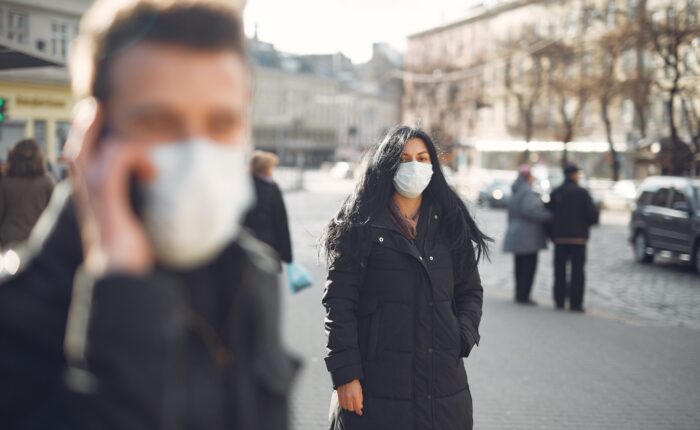 How a Pandemic Divided America

Betty is a retired psychologist and is just a month shy of her ninetieth birthday. She stands five feet tall and has a charming personality. Betty is also a health nut and has been working out for an hour, five days a week — and that’s for the last 45 years! “It’s what keeps me alive!” she says. She and I often entertain thought-provoking conversations when we cross paths at the gym.

Today, as I walk my dog King, I come across Betty standing on her patio. It’s been a while since we’ve spoken, as the gym has been closed for the last couple of months. She looks worried.

“Things are ok! How have you been? I haven’t seen you since the last time at the gym!”

“I’m ok too! Have you been exercising?” I reply.

“Yes, of course! I have a couple of hand weights here and I walk around in the evening,” she says.

The bulk of our short conversation that evening was mainly about physical exercise. Except for the last few seconds of it.

“Nordine, I have to share with you, I’m scared!” Betty whispers as if she didn’t want anyone else to hear.

“What are you scared of?” I ask curiously.

“Coronavirus!” She shouts. “I’m scared for my husband Bob and me! We may never be able to get out of here.” She cries.

Now, we can all understand Betty’s legitimate fears. She and her husband are in their 90s and are at high risk for dying from the virus. During our conversation, Betty shared that she had no tolerance for people who wouldn’t respect social distancing guidelines and didn’t wear a facemask.

“Some people have no decency and compassion for others. Especially for the elderly,” Betty cries out.

“If they think it’s their constitutional right to not observe safety measures, it’s sure as hell not within their rights to kill me or anyone else!” That’s murder! She is angry; tears falling as she prepares to say goodnight.

Betty is not alone in her worries. Many Americans are afraid — and not only of the virus. They are afraid of the people who may be carrying the virus and may be asymptomatic — they are the real threat!

If you fail to understand others, at least don’t hurt them!

The coronavirus pandemic has rear-ended life as we know it and deepened the crevice in an already divided America. Most Americans love their freedom, I know I do — and that sometimes can cause people to overreact and even become violent. It’s a huge problem we’re facing.

At the root of the problem lies a lack of self-worth, the absence of conscience, and the loss of a moral base that helps guide pro-social behavior. Self-worth, conscience, and a moral base are what lead people to behave in socially acceptable and more humane ways. Without it, some, in a way, are unable to see that their actions are threatening the very stability of the world. This phenomenon isn’t new–men have always been a dangerous and conflicted specie—they create their own problems based on erroneous thinking and blame each other for failing to fix them. Conflict resolution then becomes elusive when you have clashing belief systems and conflicting core values.

It’s evident that there is a clash of consciousness that fiercely divides America!

On one side you have those who stand behind their convictions and their constitutional rights — thus ignoring health experts’ guidelines and warnings. They want freedom but take away freedom from others. The freedom to be safe and healthy! And on the other side are those who agree that confinement, quarantine, or any kind of stay at home order is crucial to stop the spread of the virus, which can be critical to humanity’s very existence.

As I write, I’m reminded of a quote by Simon Bolivar: “An ignorant people is the blind instrument of its own destruction.” I can’t find a better way to describe those who refuse to comply with health officials’ safety guidelines — or any guidelines that can save lives.

I’m sure that many of you can sympathize with Betty. I know I do! But I could also argue for anti-confinement as I lost my youngest brother of 45, not to Covid-19 — but because of it. He died of one of the other pandemics made worse by confinement — addiction! It had gotten difficult for him to cope with the months of confinement in the south of France and one night, alone and in total distress, he drank himself to death — he was found hours later lying on the floor of his living room.

Despite this horrific loss, I’m still not anti-confinement! And I still think we must follow proper safety guidelines if we want to win the war against the virus.

Furthermore, two of my best friends lost their moms and my literary agent lost her father due to Covid-19. I should be furious at those who downplay the situation and walk around, unprotected, as if there was nothing going on. These are young men and women and older folks alike. Moms and dads with their children shopping in crowded stores, ignoring entirely the social distancing guidelines, and most aren’t even wearing a facemask. Even men of God defied stay-at-home orders and kept their churches open to hundreds of worshippers, thus putting them at risk. Those people come from all walks of life; they are intelligent folks — so why are they behaving so dangerously? And most importantly, how can we understand them?

Perhaps this quote from one of the pioneers of modern psychology, Carl Jung, can shed some light: “Everything that irritates us about others can lead us to an understanding of ourselves.” In other words, if you can see it in others — you have it in you.

As I referred to it earlier in this article, lack of self-worth and the absence of conscience may be causing unnecessary conflicts. We, as human beings, are either stuck in a low level of existence where clarity and awareness are rather clouded by an erroneous belief system fueled by fear, anxiety, and doubt, or thrive on a higher level of existence where we seem to maintain a healthy equilibrium between what I call The 4 Pillars of Mindful Fitness — the physical, emotional, mental and spiritual aspects of one’s life. When we rise to this higher level — we cultivate a greater sense of clarity and awareness.

One of the definitions for consciousness is: An inner feeling or voice viewed as acting as a guide to the rightness or wrongness of one’s behavior.

I’m not a politician, an activist, or mental health professional. I am a human who works with other humans in helping them create an optimum state of inner fitness — by regaining three life-sustaining components–health, happiness, and love. Ironically, these can only be obtained by reclaiming a sense of self-worth and by rising to a higher level of existence. Anger, reactivity, doubt, fear, and hatred won’t get you anywhere except where you already are–stuck at the lowest level of existence.

Any cookies that may not be particularly necessary for the website to function and is used specifically to collect user personal data via analytics, ads, other embedded contents are termed as non-necessary cookies. It is mandatory to procure user consent prior to running these cookies on your website.